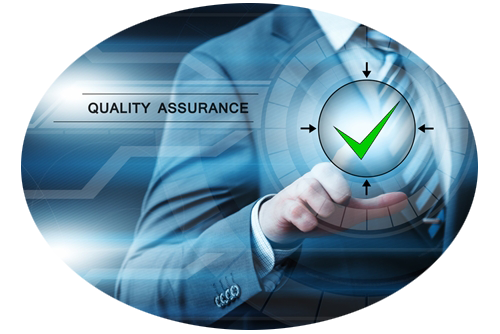 MAKSAN  has been  manufacturing power and  distribution transformers by  using the state of the  art technology, thus exceeting the demands and expectations of its customers as it mission statement. MAKSAN is the first company that has been granted TS 267 and TS 1055 certificates in Türkiye which is not being enforced anymore. Nevertheless, those subjected production standards, form the documentation essentials of qualty control systems.

“Production Quality” is the guiding principle that has been use since its establishment that enabled MAKSAN to receive numerous Quality Assurance Certificates and  Quality Awards. MAKSAN granted ISO 9001 Quality Assurance Certificate in 1995, ISO 9001-2000 issued by the TSE ( Turkish Standard Institute ) in 2003, ISO 14001 Environment Management Certificate from TUV and  URS in the  same yesr. The last but  not the least MAKSAN received the 50th Anniversary of Quality Award granted by TSE in 2004.

Short circuit mechanical withstands ability tests that determine the product qualityare  conducted at international laboratories. We have received proof of  certificates for each product groups.

MAKSAN continuously conducts qoality control regime for  each and every employee at every stage of the  production  line to apply QC and QA. Each employee accepts the next production stage as his customer and transfers the product to the next production stage after performing the quality check. Quality control department inspects control documents and applies additional inspection at strategic points during production. This process enables the production to be more efficient. When  necessary, additional inspection and modifications are made.

Since its establishment, MAKSAN and its employees have believed that customer satisfaction  precepts are the fundamental of the principle of the company to provide and secure their futures.

PS: In this document, technical information and values are given to assist the user. We reserve the right to make technical changes or modifiy the contents of this documents without prior notice. MAKSAN does not accept any responsibility for potential errors lack of information. We reserve all rights in tihis document and in the subject matter along with the illustrations contained therein. Any reproduction in whole or in parts in forbidden wihtout MAKSAN's prior written consent.